One of the biggest (yes, that’s a pun) deterrents to believing this biblical account of demigods is the seemingly fairy-tale account of giants.  However, Archeological and paleontological findings provide supporting evidence for the existence of giants. Compelling reports and traces of fierce giants terrorizing the local population are found all over the globe from the Old World to the New, demonstrated below in images from Egypt, Greece, Mesoamerica, and North America. 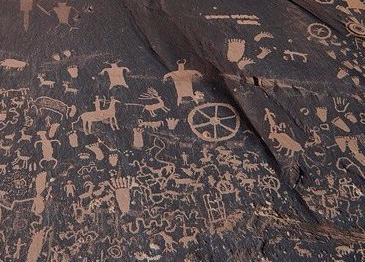 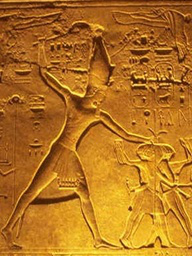 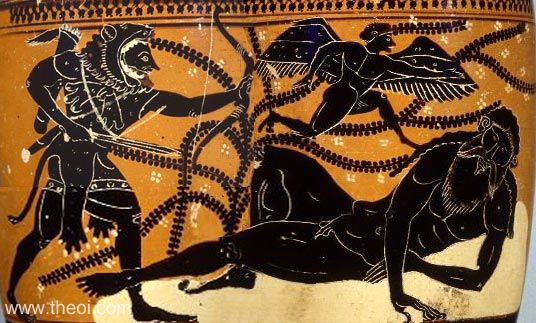 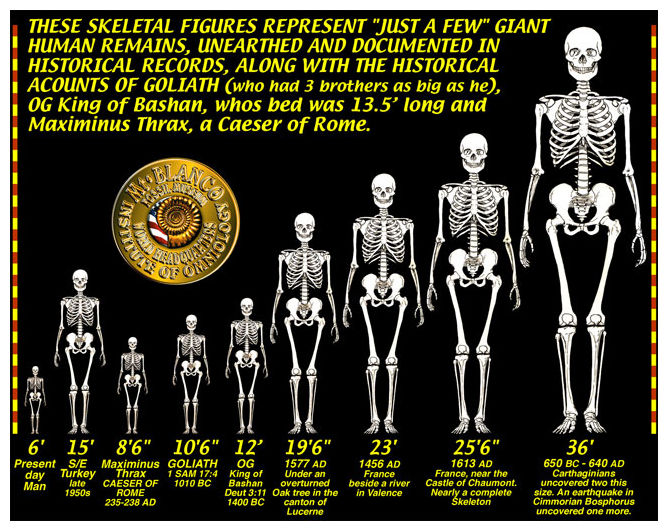 While pituitary tumors and diet can influence an individual’s growth to a certain extent, any significant size difference is due to genetics.

Cross-breeding of species is known to result in gigantism. The liger, a cross breed of a lion and a tiger, is an example of this dynamic. In lions, the father’s genes encourage growth and mother’s genes limit growth, while the opposite is true of tigers. Therefore, when a male lion with growth-encouraging genes is mated with a female tiger whose genes do not inhibit the rampant growth, their offspring grows exceptionally large.

In 2019, Joe Exotic was convicted on 17 federal charges of animal abuse...

In interview footage of the breeder, we see him mention “ligers” — a tiger-lion hybrid that was bred by him. A liger is a result of breeding a male lion with a tigress…

There are very few ligers in existence…due to congenital defects. When [a lion and tiger are] forced together, the offspring can have multiple health and genetic issues due to their parentage. Ligers have the potential to suffer from gigantism, often leading to organ failure and other health concerns. [Emphasis added.]

Gigantism can occur because male lions have a growth gene that enables their cubs to be bigger…When a male lion breeds with a female tiger, her genes do not know how to stop the growth of the cubs…the offspring… continue growing. This is also harmful to the female tiger who carries the liger cubs, putting her life in danger as well.

This scientific knowledge supports the biblical and other ancient accounts that women had to be tricked or raped into becoming mothers of demigods.

We’re talking Jurassic Park. As well as being entertaining, the movie is instructive, if not 100% accurate.

In all Jurassic Park media dinosaurs are…cloned using paleo-DNA from either bones or the gut of mosquitoes in amber…Since the DNA is so old, it has to be repaired…DNA from other species has to be added to complete the code.

Consistent with what is reported in the Bible, once ancient species were hybridized by scientists, things got completely out of control,   The earth was filled with violence.

The giants resulting from the cross-breeding of human and angels who called themselves gods are commonly depicted in Mesopotamian art but most famously known from Greek legend as the demi, or half, gods. Their maternal mortality allowed for growth and development, up to gigantic proportions and exceptional strength given the time, while their paternal hyper-dimensionality allowed super-natural abilities. Angels/gods are always depicted in legends – and the Bible – as awe-inspiring warriors.

On the down side, a functional genome only holds a specific number of genes. This leads to adverse effects from intentional breeding. Like Superman, the giants had their weaknesses, deleterious genetic disorders. Growth inhibitors weren’t the only genes lost in cross-breeding.

In the push to gather certain genes, other genes are crowded out. A viable organism requires a complete set of chromosomes, called a karyotype. Think of it like playing poker – you need to play with a full deck of cards. Not only the full number of cards, but each of the distinct cards. In the case of humans, we need 23 distinct pairs – 1, 2, 3, and so on.

In the first generation giants, obtaining only one each of the 23 pairs of human genes from Mom and none from Dad would result in the diminution or outright loss of human functions.

Giants are often portrayed as pretty stupid and may have suffered from genetically based intellectual disabilities including those caused by failure to make necessary metabolic enzymes.

There is a medical reason behind the ancient religious ceremonies requiring constant blood sacrifices to these beings and the giants’ proclivity for eating people – a need for metabolic components not produced naturally, or in sufficient quantities, or throughout, their long lifespans. This is known to occur in humans.

Cyclopia as described in Homer’s Odyssey is a known fetal development defect. Consistent with the perpetuation of ancient paganism in India, humans and animals with such birth defects are believed to have come from the gods and are worshipped as such.

Cardiovascular failure from inability to keep pace with the tremendous demand by huge muscles may have been treated with heart transplants, explaining the original reason for cutting a beating heart out of a still-living victim.

It stands to reason that the massive amounts of food required by giants led to a permanent state of war (sanitized and repackaged today as evolution) resulted in a feeding frenzy causing widespread miserable death of humans by famine and being hunted down and eaten alive.

Just like you can’t say that a cross-breed liger or a tigon is a lion or a tiger, you can’t say that the new breed of beings are simply bigger angels or humans. These “new things” have their own identity beyond size. We can use the Hebrew word for giant(s), which is nephil(im).

We can track the translation of the root word for nephil, which is naphal, or “fall, cast down”. With this in mind, the nephilim are The Fallen Ones. Since the New Testament’s original language is Greek we can’t track the Hebrew words there, but we can follow the context and the same English words. Lucifer, of course, is the prototypical fallen angel.

“How art thou fallen from heaven, O Lucifer, son of the morning!…For thou hast said in thine heart…I will be like the most High.” (Isa 14:12-14)

“And the seventy returned again with joy, saying, Lord, even the devils are subject unto us through thy name. And he said unto them, [in essence, “You think that’s something? I can top that.] I beheld Satan as lightning fall from heaven.” (Lu 10:17-18)

Bear in mind that falling is experienced by the individual, while “casting” is the same action from the perspective of the individual making it happen. Satan is so powerful that he can cast down other angels as defeated enemies.

“And out of one of them came forth a little horn, which waxed exceeding great, toward the south, and toward the east, and toward the pleasant land. And it waxed great, even to the host of heaven; and it cast down some of the host and of the stars to the ground, and stamped upon them. Yea, he magnified himself even to the prince of the host, and by him the daily sacrifice was taken away, and the place of the sanctuary was cast down.” (Dan 8:9-11)

Humans also fall, and for the same reason – open and deliberate rebellion against Almighty God, which lands them smack in the middle of the nephilim’s camp.

“Judah is fallen: because their tongue and their doings are against the Lord, to provoke the eyes of his glory. The shew of their countenance doth witness against them; and they declare their sin as Sodom, they hide it not. Woe unto their soul! for they have rewarded evil unto themselves…O my people, they which lead thee cause thee to err, and destroy the way of thy paths…The LORD will enter into judgment with the ancients of his people, and the princes thereof…” (Isa 3:8-14)

“Why then is this people of Jerusalem slidden back by a perpetual backsliding? they hold fast deceit, they refuse to return. Were they ashamed when they had committed abomination? nay, they were not at all ashamed, neither could they blush: therefore shall they fall among them that fall: in the time of their visitation they shall be cast down, saith the Lord..the whole land trembled at the sound of the neighing of his strong ones; for they are come, and have devoured the land, and all that is in it…For, behold, I will send serpents, cockatrices, among you, which will not be charmed, and they shall bite you, saith the Lord.” (Jeremiah 8:12-17)

Jeremiah describes exactly the activity of the nephilim.  It should be noted that the Hebrew word for “strong ones” is also translated “of the angels“. And to further make the point, the passage specifies what we have discovered to be angelic beings in the previous post – serpents and cockatrices.

Falling away from God is only one side of the story.  The purpose and goal in the action is falling to the other side which strengthens and empowers the enemy.

Then Nebuzaradan the captain of the guard carried away captive certain of the poor of the people, and the residue of the people that remained in the city, and those that fell away [from trusting in God], that fell to [repeated to emphasize trusting in] the king of Babylon…” (Jeremiah 52:15)