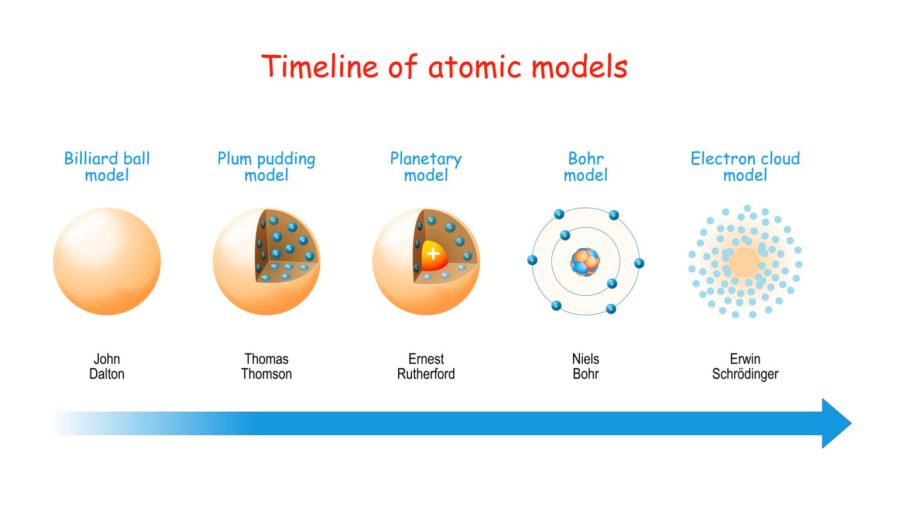 Are we all straight on what the physicists don’t know?

Great. Moving on, let’s review what physicists know the most about – the first unified force that was discovered – the electromagnetic force, AKA Light.

Physics frankly admits that “Light is an enduring mystery. Light continues to surprise us. Light’s true identity is unanswerable.”

The interaction of light and matter

One of the most interesting questions in the field is how light and matter interact with each other. For example, why are some materials transparent while others are not?

Can light change the properties of materials?

The Enduring Mystery of Light

[D]efining light is a bit of a philosophical quandary. It doesn’t help that light continue to surprise us, with novel materials that alter light’s speed and trajectory in unexpected ways.

[I]t might be better to concentrate on what light does. Light shakes, twists and shoves the charged particles (like electrons) that reside in all materials.

These light actions are wavelength-specific. Or to say it another way, each material responds only to a particular set of wavelengths.

Take an apple, for instance. Radio waves and X-rays go essentially straight through it, whereas visible light is stopped by various apple molecules that either absorb the light as heat or reflect it back out.

If the reflected light enters our eyes, it will stimulate color receptors (cones) that are specifically “tuned” to either long, medium or short wavelengths. The brain compares the different cone responses to determine that the apple reflects “red” light.

Here are some other examples of light’s specific activities.

All this shows that light wears many different hats in its manipulation of matter.

It is perhaps fitting then that light’s true identity…is unanswerable.

Astronomers use many types of instruments to sense the electromagnetic spectrum, AKA Light.

We are familiar with receivers that convert electromagnetic radio waves to mechanical vibrations in the speaker to create the sound waves we can hear.

Naturally occurring radio waves are extremely weak by the time they reach us from space. A cell phone signal is a billion billion times more powerful than the cosmic waves our telescopes detect.

Because radio waves are so long and cosmic radio sources are extremely weak, radio telescopes are the largest telescopes in the world.

[T]he Very Large Array, 27 huge, white radio antennae arranged in a massive Y off US Route 60. Each dish is 230 tons and 82 feet in diameter, and by electronically combining all the data from the 27 dishes, astronomers can simulate the sensitivity of a dish with a diameter of 422 feet: bigger than any single dish in the world. Since its construction in the late 1970s, research has been conducted here on supernovae, black holes, dark energy and SETI, the Search for Extra-Terrestrial Life.

[M]icrowaves…are very similar to radio waves but with a shorter wavelength and higher energy...

The Cosmic Microwave Background radiation, or CMB for short, is a faint glow of light that fills the universe, falling on Earth from every direction with nearly uniform intensity. It is the residual heat of creation [Newspeak Alert! Misappropriating concept-specific terms!] –the afterglow of the big bang–streaming through space these last 14 billion years like the heat from a sun-warmed rock, reradiated at night.

The CMB is the oldest light we can see--It is a relic of the universe’s infancy, a time when it was not the cold dark place it is now, but was instead a firestorm of radiation and elementary particles. The familiar objects that surround us today–stars, planets, galaxies and the like–eventually coalesced from these particles as the universe expanded and cooled.

Are you picking up on what this article is presenting as “facts”?

1) Astronomical data is being interpreted to claim support the Big Bang model. It is not being studied to discover what is unknown.

2) Since microwaves are outside the visible spectrum, this is sloppy reporting at the least, certainly flagrant disregard for scientific accuracy, to report “CMB is the oldest light we can see.” Later on in the article there is an acknowledgement of sensing not by sight, but by “temperature”, but can we recognize the subtle but persistent indoctrination going on?

The CMB  represents a temperature of about 2.7 Kelvin [or -460 degrees Fahrenheit]. Astronomers consider that diffuse temperature as microwave radiation and use the minor fluctuations in the “temperature” of the CMB to learn more about the origins and evolution of the universe.

3) This article states that the instruments are picking up heat. Not when it comes to CMB, they aren’t. -460 degrees Fahrenheit is not heat. It is beyond cold.

4) Astronomers consider that diffuse temperature as microwave radiation. Remember, microwave are sensed by their activity of directly depositing themselves into matter which causes the matter to then heat up. How do you know your microwave did its job? When the potato is baked, not by the diffuse temperature throughout the microwave oven. That’s exactly what’s unique about microwaves.

5) Astronomers are going to use the minor fluctuations in the CMB to learn more about the origins and evolution of the universe? The entire Cosmic Microwave Background is a Wizard of Oz magic show! It is not light, it is not heat and yet it is presented as the “relic” of the “firestorm of radiation” present at the Big Bang which itself has never been proven and for which there is much evidence to disprove.

Gamma rays are the shortest wavelength of light and deadly to humans. They sense violent explosions, cosmic radioactive decay, and even the destruction of antimatter.

The name alone of this device is unscientific. It is not gathering raw data to examine uncritically. It is presenting support for an a priori claim. And how does ultraviolet light at one point in time, or even decades of Hubble activity, show how galaxies, stars and planets form and change over billions of years? Do you see how you’re expected to admit you’re too ignorant to understand the big words, and simply place your trust in the astrophysicists’ claims?

The Near Infrared Camera and Multi-Object Spectrometer, or NICMOS, sees objects in deep space by sensing the heat they emit.

Image of a parrot in visible light (right) and infrared light (left). Infrared shows us where things are warm or hot. (Credit: NASA/IPAC via the Cool Cosmos site)

Seriously? Since when does temperature correlate with all the detail of three dimensional objects with texture, weight, color, solid to gaseous state? Can the most experienced fireman make out the details inside when he looks at a blazing house fire? And Hubble is looking from just HOW FAR AWAY?

Ultraviolet telescopes hunt out the most energetic of stars.

A pillar composed of gas and dust in the Carina Nebula is…shown below in the visible light image from the Hubble Space Telescope….when the pillar is viewed using the infrared portion of the spectrum (right), it practically disappears, revealing the…stars behind the column of gas and dust. But hold on! That “visible light image” on the left has been, as NASA frankly states, IMAGINED.

And ultraviolet sensors reveal heat, which then have been interpreted as stars by NASA.

Do you grasp the application of what that LiveScience article is reporting as a FACT from KNOWN PHYSICS?

Physicists KNOW that astrophysicists scanning the entire range of the electromagnetic spectrum are ONLY PICKING UP DATA.

This data CANNOT be interpreted visually with any certainty.

Dark matter discovered: Scientists believe they have found elusive particle that makes up 90% of Universe

Dark matter is believed to make up 90 per cent of the mass of the Universe. We can’t see it but scientists think it is there due to the gravitational force it exerts…

Weakly Interacting Massive Particles (WIMPs)…are thought to make up dark matter…The Cryogenic Dark Matter Search (CDMS) is using 30 ultra-cold germanium and silicon detectors far away from the hail of cosmic rays that strike Earth every day. It is believed the crystals will vibrate if struck by a WIMP.

2009: Head of CDMS Dan Bauer said they have spotted two particles with all the expected characteristics of dark matter.

2020: We’ve never been able to directly detect dark matter in any form,but we know it exists through its effects on the universe

2022: Scientists have discovered dark matter around galaxies that existed about 12 billion years ago, the earliest detection yet of this mysterious substance that dominates the universe.

To ‘see’ dark matter at all, astronomers must rely on its interaction with gravity.

Oh, but we know that gravity is not understood, so this isn’t a reliable analysis of a substance that, furthermore, is invisible and “existed 12 billion years ago.” 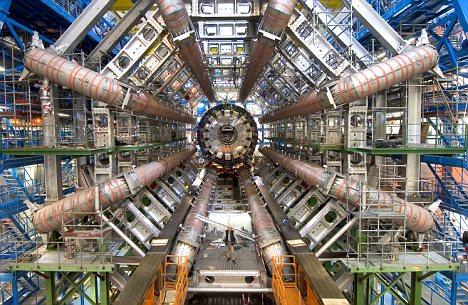 April 7, 2022, scientists at the [Large Hadron Collider] lab calculated that the W boson, a fundamental particle of physics, weighs a bit more than their theoretical rulebook for the universe tells them it should…

“It’s not just something is wrong,”…“It literally means something fundamental in our understanding of nature is wrong.”