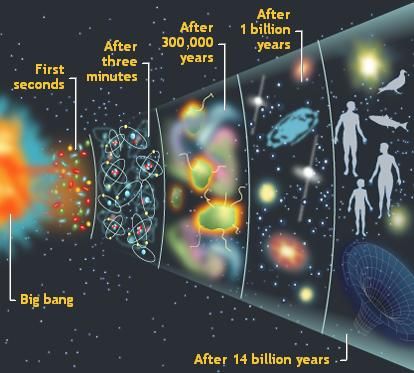 About 13.8 billion years ago, the universe sprang into existence in an event known as the big bang.The early universe was…extraordinarily dense. In fact, scientists think that at one point the entire observable universe would have been about the size of a soccer ball.

As the universe expanded, it became vastly larger…[Dating] methods use the universe’s expansion rate to determine the age. Hubble and the European Space Agency’s Gaia space observatory calculate this rate by…studying the local universe… 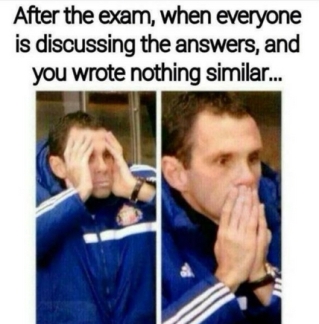 Almost everyone has heard the story of the Big Bang. But if you ask anyone, from a layperson to a cosmologist, to finish the following sentence, “In the beginning, there was…” you’ll get a slew of different answers. One of the most common ones is “a singularity,” which refers to an instant where all the matter and energy in the Universe was concentrated into a single point…

But this picture isn’t just wrong, it’s nearly 40 years out of date! We are absolutely certain there was no singularity associated with the hot Big Bang…

And yet, the temperature fluctuations are…thousands of times smaller than a singular Big Bang predicts…

In the early 1980s, it was theorized that, before our Universe was hot, dense, expanding, cooling, and full of matter and radiation, it was inflating. A phase of cosmic inflation would mean the Universe was:

If you want to ask the question of how long inflation lasted, we simply have no idea…whether it lasted a little longer, a lot longer, or for an infinite amount of time is not only unknown, but unknowable.

So what happened to start inflation off? There’s a tremendous amount of research and speculation about it, but nobody knows. There is no evidence we can point to; no observations we can make; no experiments we can perform.

One thing that we can mathematically demonstrate, in fact, is that it’s impossible for an inflating state to arise from a singularity…

If you want the universe to have the expansion rate and the total amount of matter and energy in it balance, you’ll need some way to set it up in that fashion.The same applies for a universe with the same temperatures everywhere…you need some way to…avoid…your universe from getting too hot once again.

Inflation accomplishes this by postulating a period, prior to the hot Big Bang, where the universe was dominated by a large cosmological constant (or something that behaves similarly): the same solution found by de Sitter way back in 1917. This phase stretches the universe flat, gives it the same properties everywhere, gets rid of any pre-existing high-energy relics, and prevents us from generating new ones by capping the maximum temperature reached after…the hot Big Bang ensues. Furthermore, by assuming there were quantum fluctuations generated and stretched across the universe during inflation, it makes new predictions for what types of imperfections the universe would begin with.

Since it was hypothesized back in the 1980s, inflation has been tested in a variety of ways against the alternative: a universe that began from a singularity. When we stack up the scorecard, we find the following:

But things get really interesting if we look back at our idea of “the beginning…” Due to its exponential nature, even if you run the clock back an infinite amount of time, space will only approach infinitesimal sizes and infinite temperatures and densities; it will never reach it…

we can no longer speak with any sort of knowledge or confidence as to how — or even whether — the universe itself began…Inflation could have gone on for an eternity, it could have been preceded by some other nonsingular phase, or it could have been preceded by a phase that did emerge from a singularity. Until the day comes where we discover how to extract moe information from the universe than presently seems possible, we have no choice but to face our ignorance.

Or we have the choice to accept revelation from someone who was there.

Despite its inherent failure to provide an explanation for matter out of nothing and organization out of chaos – because this contradicts all the known laws of physics- The Big Bang Theory remains the most popular explanation for the existence of the universe.

Because it eliminations a Creator – therefore Sustainer – God.