We can envision the plot of the entire Bible as God and Satan playing a cosmic chess match where winner literally takes all. On one side we have the white king – no, not God but his human son, to whom he gave the kingdom, the power, and the glory. On the other side we have the black king, the angel son of God, who was deeply offended by God’s choice of heir.

It appeared that Satan won the very first match when he lured humanity into a death trap.

But he was mistaken. As the plot of this mystery story develops, we will find that every move that the Adversary makes, God successfully counters. That’s because God has a long range strategy and sees the end from the beginning, and Satan is constantly playing catchup.

This most specifically and especially includes the decision to

“make (hu)man(ity) in our image, after our likeness: and let them have dominion over…all the earth.” (Genesis 1:26)

Although we currently interchange the words image and likeness as defining the reproduction of someone’s appearance in a work of art, we need to ensure the meanings in this fundamental revelation.

It turns out that only the image of God is his appearance. His likeness is something different, more ephemeral, alternatively translated as manner.

In the following passage the additional meanings of mindset, personality, or way of relating to others becomes evident. Simply put, when we ask “What is he like? we are not asking about someone’s looks, we’re asking how he treats others, what is his character.

“The word of the LORD came again unto me, saying, Son of man, there were two women…And they committed whoredoms…in their youth…they took both one way [clearly meaning, how they behaved],

for when she saw men pourtrayed upon the wall, the images of the Chaldeans pourtrayed with vermilion, Girded with girdles upon their loins, exceeding in dyed attire upon their heads, all of them princes to look to, after the manner / likeness of the Babylonians of Chaldea…[this can only be described as “imperious”] she doted upon them…And the Babylonians came to her into the bed of love, and they defiled her with their whoredom, and she was polluted with them…then my mind was alienated from her, like as my mind was alienated from her sister.” (Ezekiel 23:1-18) 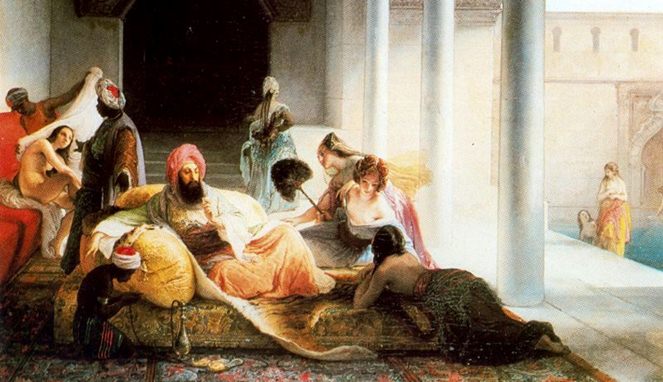 Likeness / manner / character, can’t be imposed. It only develops through deliberate choices made by each individual.

Cultural historian Warren Susman researched the rise and fall of the concept of character, tracing its prevalence in literature and the self-improvement manuals and guides popular in different eras…During the 1800s, “character was a key word in the vocabulary of Englishmen and Americans,”…Young people were…told that character was the most priceless thing they could ever attain. Starting at the beginning of the 20th century, however, Susman found that the ideal of character began to be replaced by that of personality…

The rise of psychology, the introduction of mass-produced consumer goods, and the expansion of leisure time offered people new ways of forming their identity and presenting it to the world. In place of defining themselves through the cultivation of virtue, people’s hobbies, dress, and material possessions became the new means of defining and expressing the self… “The vision of self-sacrifice began to yield to that of self-realization,”…While advice manuals of the 19th century (and some of the early 20th as well), emphasized what a man really was and did, the new advice manuals concentrated on what others thought he was and did…A great example of this is Dale Carnegie’s How to Win Friends and Influence People from 1936. It focused on how to get people to like you and how to get others to perceive you well versus trying to improve your actual inner moral compass…

The etymology of character is quite telling. The word comes from the Greek kharakter for “engraved mark,”…Anciently, a character was the stamp or marking impressed into wax and clay, and as Henry Clay Trumbull explains in 1894’s Character-Shaping and Character-Showing, it served as:

“… trade-mark, of the potter, the painter, the sculptor, the writer, or any other artist or artisan, or inventor, as indicative of the personality of the maker…”

“Character is nature and nurture. It is nature cultured and disciplined, so that natural tendencies are brought under the sway of the moral motive…

Above all, [character] includes a choice, a settled habit or bent of will, so that it can be seen in its outcome in conduct…

The one quality most associated with character in the nineteenth century was self-mastery – the dominion of an individual over his impulses and desires, so that he was in control of them, and not the other way around. A man of self-mastery embodies the kingship of self-control and can direct his will and make his own choices, rather than being a slave to his base impulses.

“And David said to Saul, Wherefore hearest thou men’s words, saying, Behold, David seeketh thy hurt? Behold, this day thine eyes have seen how that the LORD had delivered thee to day into mine hand in the cave: and some bade me kill thee: but mine eye spared thee; and I said, I will not put forth mine hand against my lord; for he is the LORD‘s anointed. Moreover, my father, see, yea, see the skirt of thy robe in my hand: for in that I cut off the skirt of thy robe, and killed thee not, know thou and see that there is neither evil nor transgression in mine hand.” (I Samuel 24:9-11)

The penultimate YHVH’s Anointed had to go through this same developmental process before he was made the King of the World.

“And he was withdrawn from them about a stone’s cast, and kneeled down, and prayed, Saying, Father, if thou be willing, remove this cup from me: nevertheless not my will, but thine, be done. And there appeared an angel unto him from heaven, strengthening him.” Luke 22:41-43)

In other words, only by dying to self for the benefit of others can humans develop into the likeness of a loving God.

When Adam faced a choice to respond to his wife’s crisis, he freely chose to act for the benefit of his wife, at the expense of his own welfare, even to death. By this act of love he began to develop God’s likeness, and it was only by mastering his own domain that he began to develop the ability to have dominion over anything else.

We humans were not created with intellect imposed by our maker to respond to circumstances for the purpose of maintaining order. That would make us robots with artificial intelligence. Rather, God created innocent humans with the capacity to decide for ourselves through the responses we make to the circumstances we face. The choices we make is what “let them have dominion” means.

The reason bad things happen to good people is that we are interdependent, so we are affected for good or ill by the choices made by our family, employers, politicians, etc.  But the circumstances imposed by others aren’t what define us. Our responses to circumstances – good and bad – shapes who we are becoming throughout our lifetime, until the point of death in which we are locked into our eternal destiny.

The transformation of our physical bodies as a consequence of choices we make are easy to see.

What is occurring in the invisible soul is apparent in the changing physical structure of the brain. It is self evident that children are self centered, and that they must be taught to be considerate of others, to share, to take turns, to obey authority, to tell the truth, etc.

Adults become increasingly more other- or self- centered throughout our lives as we choose to sacrifice one of two options: self-indulgence or others’ needs. We more or less loving or hateful, educated or illiterate, wise or foolish,  righteous or wicked by the choices we make in response to the experiences we face. The evidence of how we relate to others becomes apparent in the relationships we nurture, and can most easily be recognized through one’s pursuit of wealth, power or social admiration in business, politics, religion or entertainment, versus caring for the vulnerable and powerless members of society in positions like underpaid teachers, nurses, social workers, and unpaid parents.

Adam’s death to self for the benefit of another is what caused him to develop into the likeness of a loving God. The following dogma, claimed as uniquely Christian, is just as fully applicable to the first mortal human.

“I am crucified with YHVH’s Chosen One / Messiah/ / Christ: nevertheless I live; yet not I, but YHVH’s Anointed / Christ liveth in me: and the life which I now live in the flesh I live by the faith of the Son of God, who loved me, and gave himself for me.” (Galatians 2:20)