The earliest population groups’ migrations up mountains, through deserts, across oceans, into frozen wastelands were driven by the same push factors experienced by our modern day refugees – primarily war. 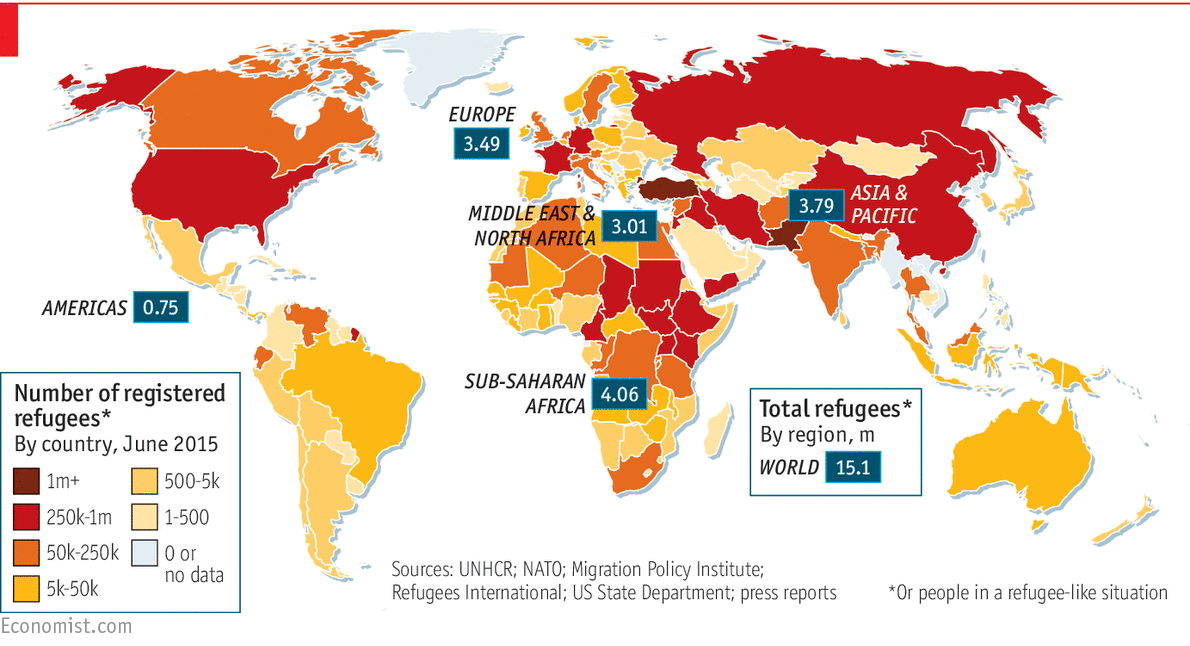 Occam’s razor logical explanation for the presence of the Khoisan in the most inhospitable Kalahari Desert is “push factored” migration from a more hospitable environment near the Mediterranean to escape extermination, enslavement or absorption by incoming cultures.

Recent DNA test results on a 3,500 year old African human fossil bone found a higher proportion of Eurasian DNA than is currently found in Africans, indicating that Africans were originally part of, then became isolated from, a population which included Europeans and Asians and migrated to Africa.

The reasons for which individuals left one nation to become members of another was the same as it is today.

Migration is prompted by “push” factors driving people out of their homeland and “pull” factors luring people to go to the trouble of resettling in a strange land. These usually come into play during periods of internal social or external military conflicts. This is reflected in the graph showing historic peak migrations to America.

These same factors were active in the earliest stages of history as described in the Bible.

The experiential validation of the Bible’s historical accounts provides a basis for trust in the Bible’s prognostication of humanity’s future.

Illustration of the most famous scene from the expose Uncle Tom’s Cabin, by Harriet Beecher Stowe, in which the slave Eliza has to cross a treacherous body of water to reach freedom from the slavers pursuing her, and most importantly, her son.

“the Egyptians made the children of Israel to serve with rigour: And they made their lives bitter with hard bondage, in morter, and in brick, and in all manner of service in the field…And Pharaoh charged all his people, saying, Every son that is born ye shall cast into the river…And the angel of the LORD appeared unto [Moses] in a flame of fire out of the midst of a bush…And the LORD said, I have surely seen the affliction of my people which are in Egypt, and have heard their cry by reason of their taskmasters; for I know their sorrows…Come now therefore, and I will send thee unto Pharaoh, that thou mayest bring forth my people the children of Israel out of Egypt…But the Egyptians pursued after them, all the horses and chariots of Pharaoh, and his horsemen, and his army, and overtook them encamping by the sea…And the LORD said unto Moses…speak unto the children of Israel, that they go forward…And the children of Israel went into the midst of the sea upon the dry ground...(Exodus 1:13-22, 3:1-10, 14:9-22)

safely…And king Solomon raised a levy out of all Israel; and the levy was 30,000 men. And he sent them to Lebanon, 10,000 a month by courses: a month they were in Lebanon, and two months at home: and Adoniram was over the levy. And Solomon had 70,000 that bare burdens, and 80,000 hewers in the mountains; Beside the chief of Solomon’s officers which were over the work, 3,300, which ruled over the people that wrought in the work…And the

And Jeroboam the son of Nebat, an Ephrathite of Zereda, Solomon’s servant…was a mighty man of valour: and Solomon seeing the young man that he was industrious, he [had] made him ruler over all the charge of the house of Joseph...And [when] Solomon slept with his fathers…Jeroboam and all the congregation of Israel came, and spake unto Rehoboam, saying, Thy father made our yoke grievous: now therefore make thou the grievous service of thy father, and his heavy yoke which he put upon us, lighter, and we will serve thee…the king answered the people roughly…So…the people [of Israel]…rebelled against the house of David unto this day…there was none that followed the house of David, but the tribe of Judah only.” (I Kings 4-12) 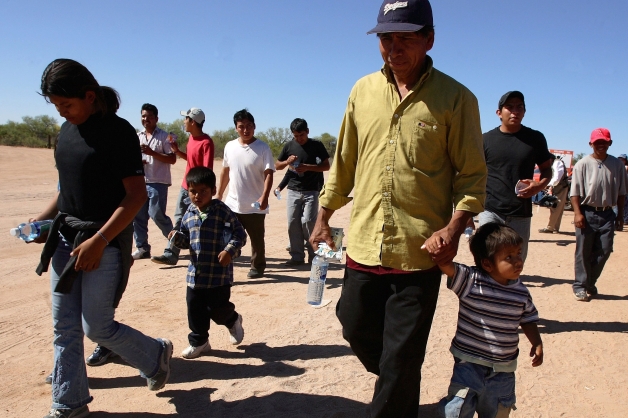 “…And Jacob sent and called Rachel and Leah to the field unto his flock, And said unto them, I see your father’s countenance, that it is not toward me as before…And ye know that with all my power I have served your father. And your father hath deceived me, and changed my wages ten times…And Rachel and Leah answered and said unto him, Is there yet any portion or inheritance for us in our father’s house? Are we not counted of him strangers? for he hath sold us, and hath quite devoured also our money. For all the riches which God hath taken from our father, that is ours, and our children’s: now then, whatsoever God hath said unto thee, do.” (Genesis 27:41-45, 31:4-16)

As these examples demonstrate, there is always, perhaps hiding behind apparatus like the Wizard of Oz, a Father-figure controlling access to his nation.