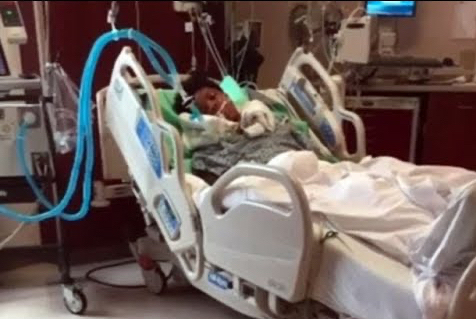 As it turns out, the facts of death are surprisingly simple.

“Remember now thy Creator in the days of thy youth, while the evil days come not, nor the years draw nigh, when…man / adam goeth to his long olam / forever home / enclosure…Then shall the dust return to the earth as it was: and the spirit shall return unto God who gave it.” (Ecclesiastes 12:1-7)

The consistency in the two passages describing man’s

allows us to deduce that,

To assert otherwise is illogical.

With this definition, we can understand the biblical statement that the death of the Adams “in the day that” they incorporated knowledge of evil, was that they experienced a disconnect between their corporate being of body, soul and spirit and their eternal source of life energy – God.

“And the LORD God commanded the man, saying…of the tree of the knowledge of good and evil, thou shalt not eat of it: for in the day that thou eatest thereof thou shalt surely die.” (Genesis 2:15)

Look at Maslow’s hierarchy of needs of the living person. Once the physical needs have been met, the higher order of neds for love, belonging, self-actualization all belong to the soul, which can only be met by the body’s actions.

the Hebrew word translated as “soul,” nephesh, more rightly means “self,” in other words, the whole person…we don’t have a body so much as we are a body…

This is just common sense. The person we become is developed by

The Bible consistently interchanges the terms [hu]man and soul.

The only Hebrew word traditionally translated “soul” (nephesh) in English language Bibles refers to a living, breathing [spirit empowered] conscious [neurologically active] body [emphasis added], rather than to an immortal soul. In the New Testament, the Greek word traditionally translated “soul” (ψυχή) has substantially the same meaning as the Hebrew, without reference to an immortal soul. ‘Soul’ may refer to the whole person, the self: ‘three thousand souls’ were converted in Acts 2:41 (see Acts 3:23)

The traditional concept of an immaterial and immortal soul distinct from the body was not found in Judaism before the Babylonian exile, but developed as a result of interaction with Persian and Hellenistic philosophies.

The Hebrew concept of the enmeshment of the soul with the body was new to me when I encountered it while reviewing material for this post. My first thought was “au contraire”! The Bible says that the soul leaves the body at death.

Then I realized that I was fitting the statement that the soul departed into my existing paradigm of the soul separate from the body. In light of the explanatory phrase that she died while leaving behind her newborn son, the departure of the soul is better understood as departure from life.

The Bible, in fact, explicitly states that the soul remains connected to the body after death.

This understanding is fundamental to ancient religions, with a common feature that the living family members of the deceased provide the resources for some degree of life for their ancestors’ departed souls. The burden on the living is reflected in the wealth found in Egyptian tombs and the cost of food given to ancestors believed to be reincarnated into animal bodies in India.

According to various ideas about the afterlife, the essential aspect of the individual that lives on after death may be some partial element, or the entire soul or spirit, of an individual, which carries with it and may confer personal identity…

The pagan religions impose a heavy burden on the living to care for the departed souls.

The afterlife played an important role in Ancient Egyptian religion…When the body died, parts of its soul known as ka (body double) and the ba (personality) would go to the Kingdom of the Dead. While the soul dwelt in the Fields of Aaru, Osiris demanded work as restitution for the protection he provided…

Buddha taught that the all beings, in animal form, were our family members and friends in past lives.

in India, an estimated 25-30 percent of post-harvest grains are lost each year…a nation with 2.5 billion rats…

The Sumerian afterlife was a dark, dreary cavern located deep below the ground, where inhabitants were believed to continue “a shadowy version of life on earth”…All souls went to the same afterlife, and a person’s actions during life had no effect on how the person would be treated in the world to come.

The souls in Kur were believed to eat nothing but dry dust, and family members of the deceased would ritually pour libations into the dead person’s grave through a clay pipe, thereby allowing the dead to drink…treasures in wealthy graves…intended as offerings for Utu and the Anunnaki…a person’s treatment in the afterlife depended on how he or she was buried;  those that had been given sumptuous burials would be treated well,  but those who had been given poor burials would fare poorly, and were believed to haunt the living.

Ancestor worship is any religious practice that’s based on a belief that deceased family members continue to exist in some capacity. Often, that includes a belief that the spirits or souls of the deceased have an impact on the lives and luck of the living and need to be appeased or bribed.

The prevalence and persistence of world-wide multicultural beliefs describing only a perpetual dreary existence requiring descendants’ sacrifices for ameliorating the soul’s suffering provides validation of ancient religious revelation that the soul can be miserable after death.

But only the Bible provides upgraded accommodations for the soul after the loss of the body.

Bear in mind that, as the soul is immaterial, so is surely the condition of what is called here hell. Rather than actual flames, a higher order abstract concept of extreme pain is described in simple understandable terms to anyone of any limited education of a soul without a physical casing – all nerve endings exposed.

Likewise, the common use of the term pit or bottomless pit represents an imaginable state of an unimaginable hyper dimensional condition. Nightmares of flailing in flight down a dark bottomless pit may presage this true condition.

Father Abraham’s torso drapery pictures for us a parent swaddling a newborn just abruptly departed from the all-embracing womb into a hostile environment. As a parent cradles a swaddled newborn close to the breast to lull to sleep, so Father Abraham provides the ability to rest in peace.

But this consolation is offered only to believers who put their trust in I AM YHVH Source of Life.

“And it came to pass, that the beggar [Lazarus] died, and was carried by the angels into Abraham’s bosom [the overhanging fold of the garment used as a pocket],: the rich man also died, and was buried; And in hell he lift up his eyes, being in torments, and seeth Abraham afar off, and Lazarus in his bosom. And he cried and said, Father Abraham, have mercy on me, and send Lazarus, that he may dip the tip of his finger in water, and cool my tongue; for I am tormented in this flame.” (Luke 16:20-25)

Abraham’s “bosom” is the overhanging fold of the draped garment. used for clothing in ancient warm climates. This was, logically, the pocket used to safeguard belongings. You don’t allow strangers to get close to your wallet in your pocket, do you? Likewise, only those persons enjoying a blessed state of intimacy and familiarity were allowed to get that close to one’s chest.

“No man hath seen God at any time, the only begotten Son, which is in the bosom of the Father,” (John 1:18)

“the disciples looked one on another, doubting of whom he spake. Now there was leaning on Jesus’ bosom one of his disciples, whom Jesus loved [was united in mind and spirit, like the Son with the Father]. Simon Peter therefore beckoned to him, that he should ask who it should be of whom he spake. He then lying on Jesus’ breast saith unto him, Lord, who is it? Jesus answered, He it is…” (John 13:22-26)

Father Abraham is the true connection to a deceased ancestor. As the designated Father of all who believe, he harbored the souls of believers from all time who put their trust in YHVH to save them from their sins’ consequence of death. In this way their souls, although consigned in Sheol with all the other souls, were able to rest in peace for an indefinite time until they were released from Sheol when YHVH’s Savior defeated death on all mankind’s behalf.

“them also which sleep in YHVH’s Savior / Jesus will God bring with him [from heaven]...For the Lord himself shall descend from heaven with a shout, with the voice of the archangel, and with the trump of God: and the [bodies of the] dead in Christ shall rise first: Then we which are alive and remain shall be caught up together with them in the clouds, to meet the Lord in the air: and so shall we ever be with the Lord.” (I Thessalonians 4:13-17)

Really? “If a man die, shall he live again? [Yes] all the days of my appointed time will I wait, till my change come [Resurrection!]. Thou shalt call, and I will answer thee: thou wilt have a desire to the work of thine hands.”  (Job 14:14-15)

The entire message of the entire Bible is that the God of the Bible want to reunite humans with him!

We have free will. We choose to be connected through a relationship with the Creator and Sustainer of life –  or not. That is the essence of good vs evil.

“when they were come to the place, which is called Calvary, there they crucified him, and the malefactors, one on the right hand, and the other on the left…And one of the malefactors which were hanged railed on him…But the other answering rebuked him, saying, Dost not thou fear God…we receive the due reward of our deeds: but this man hath done nothing amiss. And he said unto Jesus, Lord, remember me when thou comest into thy kingdom. And Jesus said unto him, Verily I say unto thee, Today shalt thou be with me in paradise.” (Luke 23:30-43)