The Secret History of the World by Mark Booth.

Creation was re-enacted in the Mystery schools, a drama in three acts.

The first act dramatized Saturn’s oppression of Mother Earth. This was called the Age of Saturn.

The second act dramatized the birth of the Sun and his protection of Mother Earth. This…was remembered as the Age of the Sun…

the third act…Earth and sun separate. From now on the sun’s life-giving rays, rather than illuminating it from inside, shine down upon the earth from the sky…the whole of its watery surface is covered by Adam and Eve and their flowery, gently fluttering progeny.

Suddenly…the peaceful pastoral scene was invaded by a glistening alien life+-form…a snake…coiled itself ever more tightly around Adam’s vegetable trunk…life on earth moved painfully to the next stage of evolution. Because the story of the serpent entwined around the tree contains the clearest possible image of the earth’s transition from vegetable to animal life. 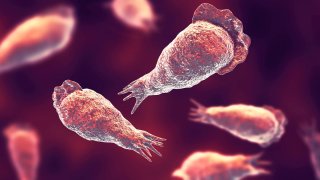 Uh, no, this is not the clearest possible image of the earth’s transition from vegetable to animal life, since the same author in the same book states that fish were the first animals to evolve, and evolution claims that even simpler one-celled organisms like amoebas were the first to evolve. Mr. Booth has just leapt ahead of himself in a contorted (that’s a pun) attempt to reconcile the biblical account with its spin-off false gods’ interpretations, and most of all, with the idea of godless evolution. Like a python, he has bitten off more than he can chew.

Since the eighteenth century…the Church has tried to reconcile the Genesis account of creation with the findings of science. This has been a doomed enterprise, because it is based on a modern, anachronistic reading of Genesis.

Genesis does not consider evolution objectively as a modern scientist does, piecing together bits of geological, anthropological and archeological evidence impartially and objectively evaluated.

OK, so Mr. Booth once again demonstrates his lack of impartiality and objectivity. Evolution has never been established as a scientific theory, it is simply speculation that clings to a belief despite refutation after refutation in the fields of science Mr. Booth deceptively lists as proving evolution.

The story of Genesis is a subjective account of the way humanity evolved, what it felt like.

OK, Mr. Scientist. How do you know that? Oh, wait, you are lumping Genesis in with your ancient Mystery religions. So what you are telling us is that the Mystery religions provide an imaginary account of how the world as we know it came to be. Just like evolution.

Again and again we will see that the esoteric account is not necessarily inconsistent with the scientific one…it views the same reality from a different point of view.

Reality? From the beginning of his book Mr. Booth has stated that one has to use their imagination to understand and accept this point of view. Evolution’s lack of reality is well portrayed in the popular children’s program Dino Dana, where a nine year old girl is given the power to imagine dinosaurs into real life. 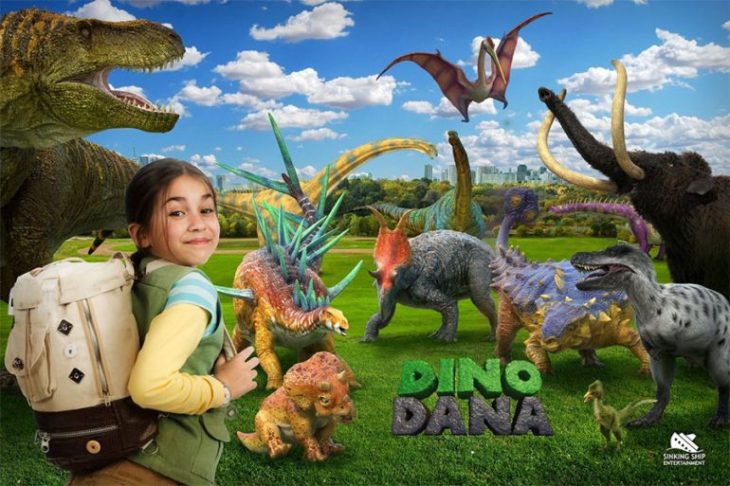 But shouldn’t adults be more discerning? We have no clue about color, and very limited ideas about behaviors since all we have to work with are fossilized bones, and not many of those either.

The most ancient visual records in existence, some dated prior to the flood, are the Sumerian inscribed objects. These predate the oldest extant (still in existence) biblical documents, and give evidence of the pervasive paganism embraced by humankind since earliest history.

Ningishzida is a Mesopotamian deity of the underworld. His name in Sumerian is translated as “lord of the good tree” by Thorkild Jacobsen. In Sumerian mythology, he appears in Adapa’s myth as one of the two guardians of Anu’s celestial palace…He was sometimes depicted as a serpent with a human head…Following an inscription found at Lagash, he was the son of Anu, the heavens…He was one of the ancestors of Gilgamesh. Ningishzida is the earliest known symbol of snakes twining around an axial rod. It predates the Caduceus of Hermes, the Rod of Asclepius and the staff of Moses by more than a millennium.

Ningishzida / Lord of the Good Tree matches the biblical reference to the tree of life in heaven, which was also planted on the earth in the Garden of Eden.

“the throne of God and of the Lamb…was there the tree of life…Blessed are they that do his commandments, that they may have right to the tree of life” (Revelation 22:2, 14)

“the LORD God planted a garden…the tree of life also in the midst of the garden” (Genesis 2:9)

The representation of Ningishzida is a bit confusing in that there are two elements portraying the same individual, perhaps reflecting what his original role, and then the role he took on to himself.

Ningishzida apparently once was one of the two guardians of the King of the Gods, portrayed in this image as “the anointed cherub that covereth” with the same composite features described in the Bible of ox, man, lion, and eagle. (Ezekiel 1, Ezekiel 10) On the side, the “four faces” described by Ezekiel are likely an unavoidably inadequate and inaccurate portrayal of a multi-dimensional being, and the Sumerian two-dimensional portrait is taking artistic license with an impossible task.

Ningishzida also identified himself as having become the main player flanked by the bodyguards. Overthrow of a ruler by a coup led by one of his own high ranking military leaders is a common threat in any government. This is transparently none other than Lucifer.

“O LORD of hosts / armies…that dwellest between the cherubims, thou art the God, even thou alone…”(Isaiah 37:16)

Although “The gods of the Mesopotamian region were not uniform in name, power, provenance or status in the hierarchy,“when we look at distorted myths through the lens of the Bible, we can glimpse truth that is always at the core of the best lies.

The Sumerian account Gilgamesh, Enkidu, and the Nether World” attests to the biblical account of the Adversary. One obvious flaw in the pagan account, which is immediately noted if you follow the link, is the multiplicity of versions. Only the Bible maintained consistency over thousands of years. However, the essential match between accounts is also obvious.

Note that the names of individuals are their attributes, which change as the account progresses, so the same individual will have multiple “names” throughout the account. The assumption is made that the account is so well known that excess wordage is not necessary. Think of it like contemporary usage of pronouns.

Nudimmud means “Begetter of mankind” in Sumerian. This is a reflection of his rivalry with, specifically “Eve; because she was the mother of all living” (Genesis 3:20). Nudimmud is also worshipped as giver of life and the ruler of the underworld abode of deceased mortal humans, as the god of wisdom, intelligence, trickery, mischief, magic, exorcism, virility, fertility, and many other desired traits. We can deduce from these conflicting traits that his worshippers are hoping to gainlife after death, though the powers of trickery, magic, exorcism, etc. with enough payments in goods and services.

True to form, the path this serpentine being takes through the story is a crooked and often hidden one. We have to piece it together like a homicide investigator. The next biblical account of this fallen angel is found in Job’s account of creation week, an expanded version of the summary in Genesis. We can connect Lucifer with the description of the serpent through the shared attribute of pride, and then to Leviathan and the dragon.

“Leviathan [Sea monster]…Upon earth there is not his like, who is made without fear. He beholdeth all high things: he is a king over all the children of pride.” (Job 41:1, 33-34)

“He [God] divideth the sea with his power, and by his understanding he smiteth through the proud…the crooked serpent / nachash… (Job 26:6-14)

The Hebrew word for serpent is nachash (where ch is pronounced “k” as in school). We could translate this word as reptile since, at his beginning, he did have legs. This is also evidenced by referring to him, in both Sumerian and Hebrew documents, as the dragon.

“Leviathan…that crooked serpent…the dragon that is in the sea.” (Isaiah 27:1)

This sea is above the firmament, so in outer space AKA the 2nd heaven.

This prototype fire-breathing dragon in the sea of outer space is so important that he warrants an entire chapter in the Bible describing his powerful attributes.

“Canst thou draw out leviathan with an hook? or his tongue with a cord which thou lettest down? Canst thou put an hook into his nose? or bore his jaw through with a thorn? Will he make many supplications unto thee? will he speak soft words unto thee? Will he make a covenant with thee? wilt thou take him for a servant for ever? Wilt thou play with him as with a bird? or wilt thou bind him for thy maidens? Shall the companions make a banquet of him? shall they part him among the merchants? Canst thou fill his skin with barbed irons? or his head with fish spears? Lay thine hand upon him, remember the battle, do no more. 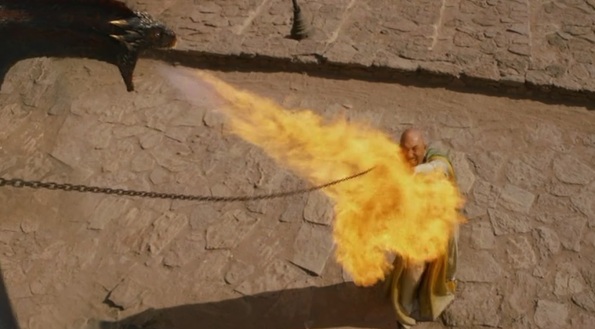 Behold, the hope of him is in vain: shall not one be cast down even at the sight of him? None is so fierce that dare stir him up: who then is able to stand before me? Who hath prevented me, that I should repay him? whatsoever is under the whole heaven is mine. I will not conceal his parts, nor his power, nor his comely proportion. 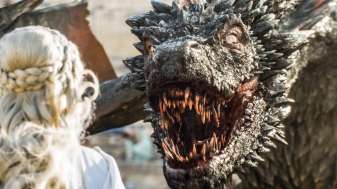 Who can discover the face of his garment? or who can come to him with his double bridle? Who can open the doors of his face? his teeth are terrible round about. His scales are his pride, shut up together as with a close seal. One is so near to another, that no air can come between them. They are joined one to another, they stick together, that they cannot be sundered. By his [s]neesings [snortings] a light doth shine, and his eyes are like the eyelids of the morning. Out of his mouth go burning lamps, and sparks of fire leap out. Out of his nostrils goeth smoke, as out of a seething pot or caldron. His breath kindleth coals, and a flame goeth out of his mouth.

In his neck remaineth strength, and sorrow is turned into joy before him. The flakes of his flesh are joined together: they are firm in themselves; they cannot be moved. His heart is as firm as a stone; yea, as hard as a piece of the nether millstone. When he raiseth up himself, the mighty are afraid: by reason of breakings they purify themselves. The sword of him that layeth at him cannot hold: the spear, the dart, nor the habergeon [chain mail]. 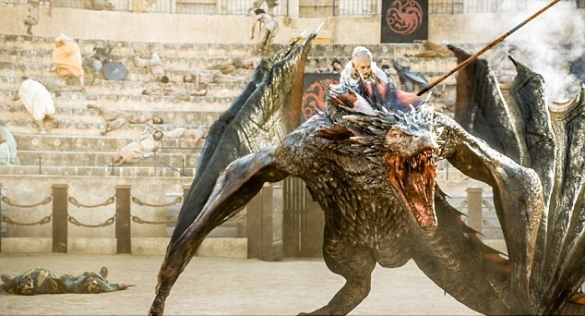 “He esteemeth iron as straw, and brass as rotten wood. The arrow cannot make him flee: slingstones are turned with him intostubble. Darts are counted as stubble: he laugheth at the shaking of a spear…Upon earth there is not his like, who is made without fear. He beholdeth all high things: he is a king over all the children of pride.” (Job 41)

Althugh people who don’t know better still refer to the Adversary as Lucifer, the attribute of Light-Bearer can no longer apply tohim. We can, however, track him down by his Adversarial attributes.