To today’s most advanced thinkers, academics like Richard Dawkins, the Charles Simony Professor of the Public Understanding of Science at Oxford, and the other militant materialists who regulate and maintain the scientific world-view, the being like God is “the anthropomorphic fallacy”. Even if we allow that God might conceivably exist, they say, why on earth should ‘He’ be like us?

The fact is that they’re right. Of course, unless it’s the other way round. In other words, the only reason why is if we were made to be like Him.

Whether or not we believe the account, a reliable analysis of the Hebrew records states clearly that as well as being created in his likeness / attributes, humanity was created in the Singularity’s own image / what he looks like.

But we find an inconsistency with this. The hyper dimensional sons of God who were “spun” out of nothing but Creator himself were artistically formed into a proliferation of looks. Some are described in the Bible but mainly we find them in ancient pagan records where there was much more face time familiarity with those who made themselves into the false gods.

Logically, therefore, we have to question; “how it is that just one created being can claim to be uniquely in his image?”

“we speak the wisdom of God in a mystery, even the hidden wisdom, which God ordained before the world unto our glory…God was manifest in the flesh.” (I Corinthians 2:7, I Timothy 3:16)

What this is saying is that God chose to make the human image the one he incorporates as his own. Literally.

“Fear not Mary: for thou hast found favour with God. And, behold, thou shalt conceive in thy womb, and bring forth a son…The Holy Ghost shall come upon thee, and the power of the Highest shall overshadow thee: therefore also that holy thing which shall be born of thee shall be called the Son of God..” (Luke 1:30-35)

Recall the angels were brought into existence at the beginning of creation, when there was nothing material, not even the earth. They are purely spirit beings with hyper dimensional Energy.

But man was made at the end of creation, after the Singularity had already converted some of his pure energy to mass and uses that existing mass to form mankind into which he incorporates his spirit: m=E/c2

The implications are enormous.

Humans embody the fullness of Creator God, the totality of E=mc2.

This is explicitly stated to be the case.

Yes, I know that by the time Paul wrote this piece around 60 AD, the Christ / Chosen One was Jesus of Nazareth. But this passage is based on “the last Adam was made a quickening spirit” and can only be true because “The first man Adam was made a living soul.” (I Corinthians 15:45) 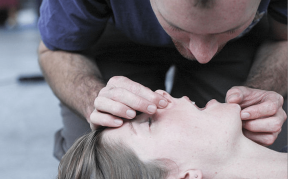 “And the LORD God

Physically, humans are literally the “salt of the earth”, i.e. the elements like sodium and chloride and iron and oxygen and potassium and all the other elements forming the “dust” of the earth. Can we not recognize that this makes mankind entirely different from the pure energy angels?

Humans manifest the fullness of the Singularity’s expression of energy AND mass.

Humanity is the flourish signature of the magnificent artist, the masterpiece by which he is acclaimed for eternity. 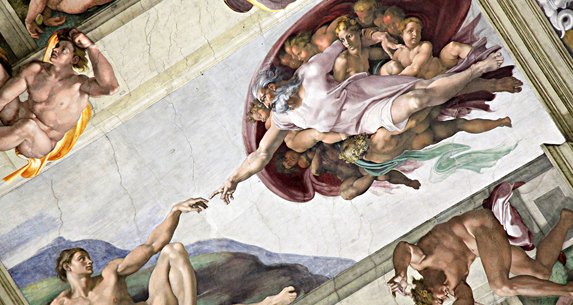 “What is man, that thou art mindful of him? and the son of man, that thou visitest him? For thou hast made him a little lower than the angels, and [yet] hast crowned him with glory and honour. Thou madest him to have dominion over the works of thy hands; thou hast put all things under his feet:” (Psalm 8)

Humans are the pinnacle of the hierarchy of physical creation!

The superiority of humans over angels is outlined by the powers given only to humans.

The value of these super-human powers can be measured by the adversary’s determination to seize them for himself. While it is commonly reported that Lucifer determined to take God’s place, if we pay attention we realize that these prerogatives were being freely given to humans.

Once we’re grounded (good pun) in the concept of the Singularity, it totally makes sense that the son who God put in charge of the material earth was not a spirit being, but a being composed of earth itself. Singularity!

Who else could identify with, feel for, have compassion on, sacrifice himself for the Earth in an interdependent relationship?

“Look not every man on his own things [egotistical, selfish], but every man also on the things [needs] of others.” (Philippians 2:4) 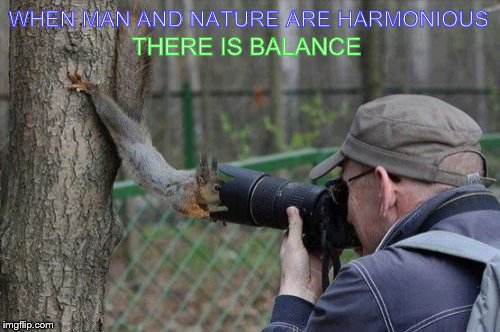 Humanity is not just the pinnacle of Creation, but the fulcrum of the plot of the entire Bible.

Humans are the solution to the Lost Boys’ forces of Darkness against the forces of Light.

“[H]is dear son…the image of the invisible God, the firstborn [first chosen son] of every creature…by him were all things created, that are in heaven, and that are in earth, visible and invisible…all things were created by him, and for him: And he is before all things, and by him all things consist…For it pleased the Father that in him should all fulness dwell; And…to reconcile all things unto himself [return to some form of singularity.]” (Colossians 1:13-20)

God wants the one thing no amount of power can form or force. And it isn’t grand houses and lavish possessions or even constant devotion. Those are the objectives of a malignant narcissist.

God wants what innocent babies and children and people of good character want.

Love. Given freely, with the whole, undivided heart, in total unity, two becoming one, forming an interdependent family meeting each other’s needs for attention, affection, growth and development, bearing one another’s burdens through for better or worse, richer or poorer, in sickness or in health.

“Thus saith the LORD, The heaven is my throne, and the earth is my footstool: where is the house that ye build unto me?…but to this man will I look, even to him that is poor and of a contrite spirit, and trembleth at my word.“ (Isaiah 66:1-2)

Don’t think that “tremble” is necessarily in terror. The relationship may start with being overwhelmed by immense power, status, awareness of one’s own unworthiness to be associated with such grandeur. That’s how I felt as a 19 year old, poorly dressed, part-time secretary working in an emergency room whenever I was confronted by this particular doctor. But in time, as a relationship developed, my trembling at his word was of quite a different sort. And we two became one and added children.

The Singularity of Father, Son, Holy Spirit heads up the ultimate unity of a perfect family.

“For it became him, for whom are all things, and by whom are all things, in bringing many sons unto glory, to make the captain of their salvation perfect through sufferings….Behold I and the children which God hath given me. Forasmuch then as the children are partakers of flesh and blood, he also himself likewise took part of the same; that through death he might destroy him that had the power of death, that is, the devil.” (Hebrews 2:10-15)

In order to understand this theological statement, we must connect the wrap up of the whole story in the writings called the New Testament with the introduction of the whole plot in Genesis 1.

In literary fiction, a good ending has certain elements…the story arc has come to its logical end and the character has achieved their main goal. The elements of a good and satisfying ending include:

The central conflict in humanity’s history is the persistent battle with the Adversary. The first Adam’s job of taking dominion over the earth, could only succeed by following his Father’s right (eous) way of doing things.

Plot twist and suspense #1: When Adam failed to do the right thing the inevitable result was damage and death as much as if a surgeon did the wrong thing during a heart surgery.

Plot twist and suspense #2 -The transfer of the sin nature is scientifically described by epigenetics, the genetic inheritance of parental behaviors.

The apostle Paul reiterates this definition of sin, describing it as the condition of failing to meet God’s perfect standard of always doing the right thing.

“For all have sinned, and come short of [perfectly modeling] the glory [stupendousness] of God.” (Romans 3:23)

All humans who want to overcome the forces of destruction and death need to get in the battle against evil, and not just for our own selfish interest to escape an eternity in hell. Like Adam, we must work towards the deliverance for whatever share of the world lies under our dominion. At least for our loved ones, don’t you think?

This is only made possible by superhuman empowerment, through access to, the Singularity.

“For as many as are led by the Spirit of God, they are the sons of God…The Spirit [of the Singularity] itself beareth witness with our [human] spirit, that we are the children of God… heirs of God, and joint-heirs with Christ; if so be that we suffer [in battle] with him,

that we may be also glorified together [for bravery in battle]. For I reckon that the sufferings of this present time are not worthy to be compared with the glory which shall be revealed in us.” (Romans 8:17-19)

The final step in the transformation into sons of God is when humans receive spiritual bodies in the future Day of Judgment.

“Now are we the sons of God, and it doth not yet appear what we shall be: but we know that, when he shall appear, we shall be like him, for we shall see him as he is.” (I John 3:2)

“… the resurrection of the dead…It is sown a natural body; it is raised a spiritual body…as we have borne the image of the earthy, we shall also bear the image of the heavenly…flesh and blood cannot inherit the kingdom of God; neither doth corruption inherit incorruption…we shall all be changed, In a moment, in the twinkling of an eye, at the last trump [final call to battle].” (I Corinthians 15:42-52)