Under the law of E=mc2 the Singularity Creator converted

Logically, this means that any part of creation can

Hyper dimensional beings created via an allotment of the Singularity’s energy can convert some of their energy to mass, and they can clone themselves. But being created beings and not the Singularity himself, they lose some of their finite amount of energy in the process of doing work.

They must re-charge their energy

Sons of God accomplish the Singularity’s will “in earth, as in heaven” by connection to his infinite source of power.

Naturally, the reverse concept in the Adversary’s hermetic magic is phrased “as above, so below“.  This concept replaces God’s will being done with the magician’s will being done through secret knowledge of rituals and incantations.

We can logically conclude, and the adversary expressly states, that connecting with evil spirits is the means by which hyper dimensional power is obtained to override natural forces and enforce one’s will.

…we are spiritual beings having a human experience. To be in intimate connection with these guiding benevolent forces gives us strength, hope and direction in a challenging world…they are always near awaiting an opportunity for connection…

1. Set the Mood – Bring into this setting any objects of power which hold significance – crystals, sacred objects and spiritual art.

2. Craft a Clear Intention – With clear focus, we can call in the beings most suited to …working on self healing…seeking profound teachings…

3. Practice with Loving Patience on Yourself – …communication with Spirit…cannot be done from the mind...Rather with…trust, you will find yourself in communion with the divine energy forces at work all around you.

5. Call in – As with all spiritual work, the dictates of your heart will call in like frequencies…

6. Sacred Sounds – The most profound of all sacred sounds is our own voice. [Surely that lie is transparent. Can you call the world into existence?] Chanting is the process by which we make the sounds of the universe…a perfect portal to contacting your spirit guides.

7. Go through the “Door” – [Are you beginning to pick up the pagan culture in which Christ preached?] As your breathing slows and sacred space is activated, you may notice a shift in your being. This is the turning on of your light body…the aspect of you that is pure spirit…See yourself walking through a “doorway” into another dimension…You will notice an expanse of infinite space around you. It is in this space that we are open, available and altered enough from our everyday spaces to meet with our Guides

8. Invite in your Spirit Guides and Angels – In the bliss of the abyss, [seriously!?] call in your personal Guides and Angels…and give them clear permission to join with you [emphasis added]. We live in a free will universe…If you do not explicitly give permission, you may miss their encounters…

9. Open yourself to Subtle Frequencies – messages may come asvisions, impressions, smells or thoughts…

10. Ask for a Sign – a sure way they can express their presence

11. Ask for a Message or a Blessing – ...a healing or an activation of your psychic skills.

12. Give thanks! – ensure you continue to incur their goodwill…as it shows them resolutely you know they are there and are willing to bring your voice and your will to the reality of their presence.

13. Return – take precautions to return the ways we came…Ask your Guides to help you with this …they know the way! Soul fragmentation occurs when we leave behind pieces of ourselves (in both physical and non- physical realities)…ensure you gather all aspects of yourself and can bring our full power and potential back to you now. You may feel yourself a bit altered after these encounters, take that as a sign in your body that something had indeed occurred!  [And you are so trusting of these strangers’ beneficence that they didn’t replace all or part of you?]

14. Living in the Sacred Everyday – recognize it is a thriving part of our reality…regard for the relationships formed…enhance our psychic abilities…to receive these messages…all the time.

Core Magick and Core Magickal techniques, as we know them today, represent a huge tool kit; a vast collection of practices, beliefs, spells, deities, experiments, tools, rituals, ideas and ideals.  The material I am presenting to you spans both time and space, so don’t be surprised to see eastern practices beside western practices, and Neuro-Linguistic Programming inside Shamanic rituals presented in a Neo-Pagan format.

…years of scientific experimentation and ethnographic research have resulted in the simplest and most effective way to alter physical reality in ways that match your desires… It is time for you to claim your birthright and become a co-creator with DEITY...You are moving from a life in which things happen to you, to one in which you make things happen…

We will begin with meditation…feel yourself getting lighter and lighter, floating up out of your body...You can trust your body to take care of itself while you “go out and have a look”. Pass through the roof, into the sky, through the clouds, through the atmosphere into space.  Fly past the moon, out towards the stars…I want you to be able to see all the stars in the blackness of the universe with your eyes open and pointed at the wall or floor…This method is a combination of things I learned in Kundalini Yoga, Zen Walking Meditation, Rolfing and Shamanic Journeying.

It is so inconsistent with experienced reality to believe that there are powerful strangers whose only desire is to benefit humans and help them evolve that it just boggles the mind that anyone could believe it. This is straight up psychotic delusion. 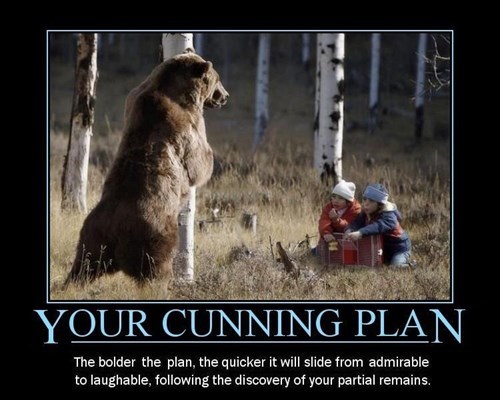 Any religion that teaches that humanity should engage in a relationship with a stranger is obviously dangerous. Have we not learned how serial killers lure in their victims? Anyone who rejects the biblical claim of a loving God in favor of a hyper dimensional beings who hasn’t proven his goodness towards mankind is an easy mark to be prey for an evil being. Don’t we know they exist? They need us to empower them.

Zecharia Sitchin (1920-2010)…was best known for his fringe theories on the origins of Earth and man-kinds celestial ancestry (alien ancestry)…According to his official website, http://www.sitchin.com, he is “one of few scholars able to read and interpret ancient Sumerian and Akkadian clay tablets.” His interpretations and theories were compiled into his seven books…what he professed…attempts to provide an answer to some of humanities timeless questions, namely, “Why are we here?” and “How did we come to be here?”

The Annunaki arrived on Earth…looking for minerals, namely gold which they began mining in Africa. When Anunnaki miners became displeased with working conditions it was decided that Anunnaki genes and Homo erectus genes would be engineered to create slaves to replace the miners, thus resulting in Homo sapiens, or man-kind as we know it. The evidence sited in support of this belief can be found through a link on the Facebook page which takes you to a website called, enkispeaks.com.

“Thou shalt make no covenant with…their gods…for if thou serve their gods, it will surely be a snare unto thee.” (Exodus 23:32-33)

“Beware of false prophets, which come to you in sheep’s clothing, but inwardly they are ravening wolves.” (Matthew 7:15)

Haven’t we all experienced relationships into which we were lured with promises of benefits, only to discover that our resources were being exploited for the benefit of the other, to the detriment and even destruction of our self?

Only an immature egocentric individual can imagine that reality will conform to his/he wishes and bend to his/her behavior. Only a psychopath can ruthlessly damage and destroy the people and world around him/her to take what he wants at their expense. Anyone who has suffered in relationships from egocentric and psychopathic persons should welcome the safety found in the Bible as a guidebook to personal relationships, physical and emotional health, and eternal security.

“The thief cometh not, but for to steal [your innocence and liveliness], and to kill [at the least your hopes and dreams], and to destroy [your quality if not your quantity of life]:

Isn’t this possibility worth checking out?