1875 – The Theosophical Society was formed in New York City by Helena Blavatsky, Henry Steel Olcott, William Quan Judge and others. “Associating it closely with the esoteric doctrines of Hermeticism and Neoplatonism, Blavatsky described Theosophy as “the synthesis of science, religion and philosophy”, proclaiming that it was reviving an “Ancient Wisdom” which underlay all the world’s religions.”

Early 1900’s – Thelema was founded by Aleister Crowley.  Three statements in particular distill the practice and ethics of Thelema:

Thelema describes what is termed “the Æon of Horus” (the “Crowned and Conquering Child”)—as distinguished from an earlier “Æon of Isis” (mother-goddess idea) and “Æon of Osiris” (typified by bronze-age redeemer-based, divine-intermediary, or slain/flayed-god archetype religions such as Christianity, Mithraism, Zoroastrianism, Mandaeism, Odin, Osiris, Attis, Adonis, etc.). Many adherents (also known as “Thelemites”) emphasize the practice of Magick (glossed generally as the “Science and Art of causing Change to occur in conformity with Will”).

1920’s – Legal establishment of The Ancient Order of Druids the senior Neo-druid organization in the world holdin the first recorded reconstructionist ceremony in Stonehenge in 1781.1901 – The incorporation of the Spiritualists’ National Union legally representing Spiritualism in the United Kingdom. Spiritualists believe that the afterlife is a realm where spirits continue to evolve and souls live on with consciousness. They believe souls can interact with those living on Earth through mediums in the spirit world connecting with those in the physical world.

1926- Cao Dai founded in Viet Nam. The full name of the religion is The Great Faith [for the] Third Universal Redemption, i.e. of intense religious activity which will unite God and humanity in ways not yet imagined, creating a new great faith for the salvation of living beings before the universal destruction. The primary objective of the Third Amnesty is the unity of all religions, which will bring mankind together in a universal family for universal peace as God speaks to humanity directly.

1930’s – The Rastafari movement begins, hailing Haile Selassie I Emperor of Ethiopia as the true Messiah through a Ethiopian child of Solomon.

1935 – The Self Realization Fellowship Church of all Religions with its headquarters in Los Angeles, CA, was founded by Paramahansa Yogananda from its roots in India.

Mid 1900’s – Wicca was publicised by Gerald Gardner. Wicca is typically duotheistic, worshipping and/or working with a Goddess and a God. These are traditionally viewed as the Triple Goddess and the Horned God, respectively.

1953 – The Church of Scientology was founded by L. Ron Hubbard, .a science fiction writer.

1961 – Unitarian Universalism was formed from the merger of Unitarianism (1825) and Universalism (1793). Characterized by a “free and responsible search for truth, meaning and spiritual growth with a deep regard for intellectual freedom, deriving insight from all major world religions. Unitarian Universalist (U.U.) congregations include many atheists, agnostics, and theists.

1962 – The Church of All Worlds, the first American neo-pagan church, was formed.

1966 – The Church of Satan was founded by Anton LaVey on Walpurgisnacht. The Church does not believe in the Devil, neither a Christian nor Islamic notion of Satan, embracing the Hebrew root of the word “Satan” as “adversary”. The Church views Satan as a positive archetypewho represents pride, individualism, and enlightenment, and as a symbol of defiance against the Abrahamic faiths which LaVey criticized for what he saw as the suppression of humanity’s natural instincts.

1970’s – Aradia (aka The Gospel of the Witches), one of the earliest books describing contemporary European religious Witchcraft, was published.

1970’s – The Strega Arician Tradition founded, a form of Witchcraft with Southern European roots, sometimes referred to as the Old Religion

1970’s – The Raëlian Movement teaches that an extraterrestrial species known as the Elohim created humanity using their advanced technology. An atheistic religion, it…claims that throughout history the Elohim have created forty Elohim/human hybrids who have served as prophets preparing humanity for news about their origins. Among those considered prophets are The Buddha, Jesus, and Muhammad, with Raël himself being the fortieth and final prophet. Raëlists believe that since the Hiroshima bomb of 1945, humanity has entered an Age of Apocalypse in which it threatens itself with nuclear annihilation. Raëlism argues that humanity must find a way of harnessing new scientific and technological development for peaceful purposes, and that once this has been achieved the Elohim shall return to Earth to share their technology with humanity and establish a utopia.

1975 – The Temple of Set founded in Santa Barbara, California. Set is the one real god and that he has aided humanity by giving them a questioning intellect, the “Black Flame”, which distinguishes them from other animal species. Setians believe in the existence of magic as a force which can be manipulated through ritual, however the nature of these rituals is not prescribed by the Temple.

2002 – Joy of Satan Ministries was founded by Andrea Dietrich as a “synthesis of Theistic Satanism, Nazism, Gnostic Paganism, Western esotericism, UFO conspiracy theories and extraterrestrial beliefs similar to those popularized by Zecharia Sitchin and David Icke. Members believe Satan to be “The true father and creator God of humanity”, whose desire was for his creations, humanity, to elevate themselves through knowledge and understanding. They have been the topic of significant controversy for their anti-Semitic beliefs and a connection to a former chairman of the National Socialist Movement, an American Neo-Nazi organization.”

2013 – The Satanic Temple was founded by Lucien Greaves and Malcolm Jarry (pseudonyms).

the organization uses Satanic imagery to promote egalitarianism, social justice, and the separation of church and state, supporting their mission “to encourage benevolence and empathy [among all people]” and to “highlight religious hypocrisy and encroachment on religious freedom.” The organization’s participation in public affairs includes political actions as well as lobbying efforts, with a focus on exposing Christian privilege when it interferes with personal religious freedom. It considers marriage a religious sacrament that should be governed under the First Amendment’s protection of religious liberty which should prevail over state laws. Because the group regards inviolability of the body as a key doctrine, it also views all restrictions on abortion, including mandatory waiting periods, as an infringement on the rights of Satanists to practice their religion.

2020’s – Islam begins to overtake Christianity as most populous religion in the world.

An Islamic Caliphate was established as the Islamic State of Iraq and the Levant in regions of war torn Syria and Iraq, drawing global support from radical Sunni Muslims. This was a modern-day attempt to re-establish Islamic self-rule in accordance with strict adherence to Shariah-Islamic religious law. In the wake of the Syrian civil war, Islamic extremists targeted the indigenous Arab Christian communities. In acts of genocide, numerous ancient Christian and Yazidi communities were evicted and threatened with death by various Muslim Sunni fighter groups. After ISIS terrorist forces infiltrated and took over large parts of northern Iraq from Syria, many ancient Christian and Yazidi enclaves were destroyed.

Clearly, regardless of what any individual believes, we will be impacted by people who take their religion very seriously. 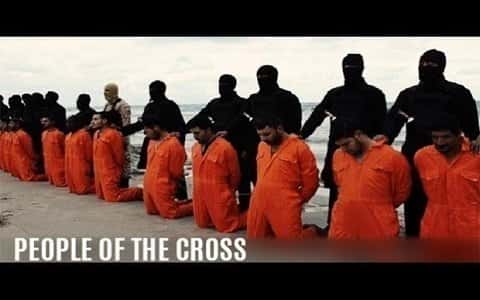