Righteous has always been defined, in God’s eyes, as restoring a right relationship with God. It starts by believing God but proceeds beyond that to acting in accordance with what pleases God. It’s like a marriage relationship. You can go through the ceremony and say the words “I do”, but unless you actually “do” and consummate the marriage you are not in a marriage relationship and it can be annulled.

“Yea, a man may say, Thou hast faith, and I have works: shew me thy faith without thy works [can’t be done]…I will shew thee my faith by my works. Thou believest that there is one God; thou doest well: the devils also believe, and tremble. But wilt thou know, O vain man, that faith without works is dead?

What does that mean, to be a “friend of God?” It means to be in an intimate relationship, confiding your secrets, pledging loyalty and support forever to the same goals in life.

“Henceforth I call you not servants; for the servant knoweth not what his lord doeth: but I have called you friends; for all things that I have heard of my Father I have made known unto you. Ye have not chosen me, but I have chosen you, and ordained you, that ye should go and bring forth fruit…” (John 15:15-16)

So much for “accepting Jesus.” Like we’re doing him a favor.

David and Jonathan’s friendship provides a good example. Their shared beliefs and faith in action knit them together as the ultimate best friends.

“Saul chose him three thousand men of Israel…And the Philistines gathered themselves together to fight with Israel, thirty thousand chariots, and six thousand horsemen, and people as the sand which is on the sea shore in multitude: and they came up…then the people did hide themselves in caves, and in thickets, and in rocks, and in high places, and in pits… (I Sam 13:1-6) 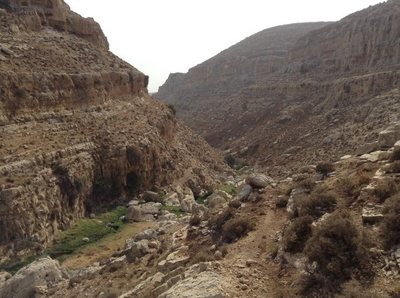 Now it came to pass…Jonathan sought to go over unto the Philistines’ garrison, there was a sharp rock on the one side, and a sharp rock on the other side: and the name of the one was Bozez, and the name of the other Seneh. And Jonathan said…there is no restraint to the LORD to save by many or by few. And his armourbearer said unto him, Do all that is in thine heart: turn thee; behold, I am with thee according to thy heart….And Jonathan climbed up upon his hands and upon his feet, and his armourbearer after him… 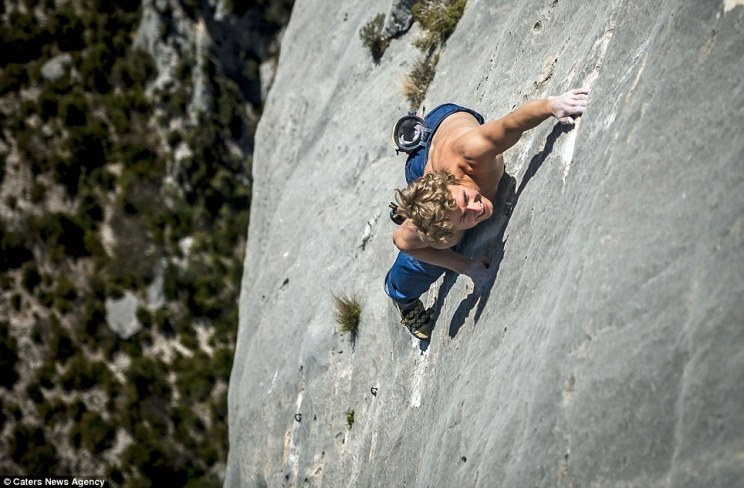 Naturally Jonathan’s fame as the champion of Israel spread throughout Israel. One man – make that two, including Jonathan’s faithful armourbearer – leading the defeat of 50-100,000 enemies! Can you not see all the boys throughout Israel play-acting this famous scene over and over, and daydreaming that one day he would be a hero like the Crown Prince?

But only David acted in reality on a conviction that he could also trust in the God of Israel, and found salvation not only for himself and his family but for the whole nation of Israel through his faith in action.

Think about how little of the written word of God David had at his disposal on which to base his trust. All he needed was Genesis 3:15. The first principle to believe – and act on – is that the Promised Savior would reverse the curse of death in some mysterious way when a human would crush the head – utterly destroy leadership and all that follows – of the adversary. We can infer he knew that because he acted on that – he personally crushed the head of the enemy of God’s people. Would there have been salvation if David and the men who followed him into battle had simply believed that God would send a deliverer?

When David returned triumphant from battle, Jonathan had a choice to make.

The prophet Samuel had publicly disinherited Saul without anointing his son. Jonathan had the choice to believe and act on the conviction that David was Yahweh’s Anointed king,

“Samuel said unto Saul…thou hast rejected the word of the LORD, and the LORD hath rejected thee from being king over Israel. And as Samuel turned about to go away, he [Saul] laid hold upon…his mantle, and it rent. And Samuel said unto him, The LORD hath rent the kingdom of Israel from thee this day, and hath given it to a neighbour of thine, that is better than thou.” (I Samuel 15:23-28)

Can you see how this image would have been in Jonathan’s – and Saul’s – minds’ eyes as Jonathan acts on his faith that the LORD has given David not just the victory that day, but the kingdom in the future – by handing him his mantle.

Jonathan’s behavior towards David is exactly what anyone who claims to accept the son of David as their lord and savior must do – publicly surrender to his authority. Like his father Saul, and the rulers of Israel in Jesus’ day, Jonathan could have clung to his self-glorifying sense of power. But he stayed true to the LORD and to his anointed to the ultimate extent of surrendering even his life.

“And Saul spake to Jonathan his son, and to all his servants, that they should  kill David…And David sware moreover, and said, Thy father certainly knoweth that I have found grace in thine eyes; and he saith, Let not Jonathan know this, lest he be grieved: but truly as the LORD liveth, and as thy soul liveth, there is but a step between me and death. Then said Jonathan unto David, Whatsoever thy soul desireth, I will even do it for thee…Saul’s anger was kindled against Jonathan, and he said unto him, Thou son of the perverse rebellious woman, do not I know that thou hast chosen the son of Jesse to thine own confusion, and unto the confusion of thy mother’s nakedness? For as long as the son of Jesse liveth upon the ground, thou shalt not be established, nor thy kingdom. Wherefore now send and fetch him unto me, for he shall surely die. And Jonathan answered Saul his father, and said unto him, Wherefore shall he be slain? what hath he done? And Saul cast a javelin at him to smite him: whereby Jonathan knew that it was determined of his father to slay David. So Jonathan arose from the table in fierce anger…in the morning, that Jonathan went out into the field at the time appointed with David…David arose out of a place toward the south, and fell on his face to the ground, and bowed himself three times: and they kissed one another, and wept one with another, until David exceeded. And Jonathan said to David, Go in peace, forasmuch as we have sworn both of us in the name of the LORD, saying, The LORD be between me and thee, and between my seed and thy seed for ever. ” (I Samuel 20:3-42)

Because his soul was knit with the Chosen One’s soul, i.e. his identity was now one with the LORD’s Anointed One, Jonathan gave up his own life in every way possible – family, social standing, even to death, to allow God’s Anointed to reign supreme.

“And David lamented with this lamentation over Saul and over Jonathan his son…The beauty of Israel is slain upon thy high places: how are the mighty fallen!…the shield of the mighty is vilely cast away, the shield of Saul, as though he had not been anointed with oil…From the blood of the slain, from the fat of the mighty, the bow of Jonathan turned not back, and the sword of Saul returned not empty. Saul and Jonathan were lovely and pleasant in their lives, and in their death they were not divided: they were swifter than eagles, they were stronger than lions. Ye daughters of Israel, weep over Saul, who clothed you in scarlet, with other delights, who put on ornaments of gold upon your apparel. How are the mighty fallen in the midst of the battle! O Jonathan, thou wast slain in thine high places. I am distressed for thee, my brother Jonathan: very pleasant hast thou been unto me: thy love to me was wonderful, passing the love of women.” (II Samuel 1)

Jonathan’s covenant of peace with the LORD’s current anointed is the same means by which all followers of the ultimate Chosen One / Christ are accepted into a covenantal relationship with God, whether in the thousands of years before or after the revelation of the Promised One. We can also infer from his actions in this life that he didn’t fear death because he also had faith in the resurrection when he would be reigning forever beside his dearest friend.

On the side, I can’t help imagining Yeshua’s eyes rolling as James’ and John’s mother ask him to delegate the highest governmental authority to her sons. Seriously? After what Jonathan did to prove his worth?

And there are a list of heroes who humbly, in whatever circumstances of their life, committed to a relationship with God Almighty even to death.

What all these men had in common was that their righteous standing with God was not based on acting according to a list of required and proscribed behaviors, a list of legalistic do’s and don’ts. Oh, but their actions still counted – they acted on faith in God’s word.