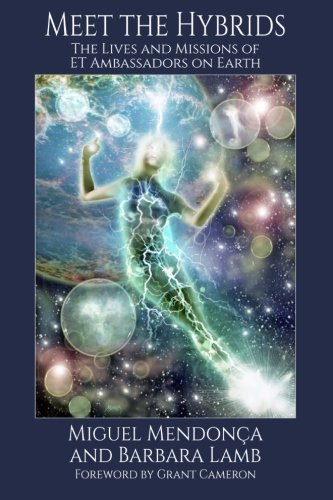 Key Precept: Just as the mixing of angelic with human – abomination – resulted in desolation of the earth in Noah’s day,  the same is prophesied to occur in some way in the last days.

“And the fourth kingdom shall be strong as iron…And whereas thou sawest iron mixed with miry clay, they [THEY? Who are THEY?] shall mingle themselves with the seed of men [obviously THEY something other than human]: but they shall not cleave one to another, even as iron is not mixed with clay.” (Dan 2:40-43)

Many people are deluded into believing that a more highly developed race of beings will come in peace to solve our problems and improve our world. They willingly “mingle themselves” in some form of alliance with them.  The Bible teaches us that there are, in fact, alien beings. They are not our friends. They are our enemies, as envisioned in myriad movies and television programs which have popularized the concept of invading aliens from outer space.

The Renaissance/Rebirth/New Birth memorializes the demigods Prometheus, Atlas, Heracles/Hercules and a pantheon of others as admirable heroes and benefactors who improved the quality of life by bringing high technology and civilization to barbaric mankind. Most of all, they are honored, dare we say worshipped, for showing us that we too can increase the quantity of life through reincarnation and resurrection to eternal life. These beings are powerful, yes, and, consistent with what everyone wants, promise to end disease and death.

Is that logo just loaded with innuendo or what? They, whoever “they” are, are trying to upstage the Savior’s promises.

“Yahweh’s Savior/Jesus said unto her, I am the resurrection, and the life: he that believeth in me, though he were dead, yet shall he live: And whosoever liveth and believeth in me shall never die. Believest thou this? She saith unto him, Yea, Lord: I believe that thou art the Appointed One/Christ, the Son of God, which should come into the world.” (Joh 11:25-27)

I am not saying that medicine can’t restore or prolong physical life. Obviously it does. However, since the false christs are permanently disconnected from the source of life, they are incapable of bringing, restoring, or prolonging spiritual life, the only life that matters. These beings are dead in their trespasses and sins.

“you…who were dead in trespasses and sins…walked according to the course of this world, according to the prince of the power of the air, the spirit that now worketh in the children of disobedience:” (Eph 2:1-2)

These dead things are unable to transfer life. Like viruses and bacteria, they can only sustain their own existence by sucking the life out of anyone who doesn’t have the resources to fight them off. But they do end death – for those who only define death in material terms. Humans who “mingle themselves” with these beings do find themselves permanently altered, but with a dark twist. Instead of experiencing blissful eternal life they discover they are trapped in an endless awful physical existence. They are zombies.

If we want to avoid this fate, we need to understand what causes it. What exactly is “mingling”?

“…whereas thou sawest iron mixed with miry clay, they shall mingle themselves with the seed of men” (Dan 2:43)

To mingle currently has a common meaning of socializing at a gathering, meeting new people, becoming acquainted, networking, “usually without fundamental loss of identity“.  Interestingly, the Urban Dictionary catches one of the alternate meanings – to have sexual intercourse.

What we really need to know is what Daniel meant. He wrote this section of his book in Aramaic, the universal language of his culture, unlike the vast majority of the rest of the Old Testament which is written in Hebrew. That leaves us without enough Aramaic text to use as a dictionary for this word. However, Aramaic is similar enough to Hebrew to allow us to apply the “Rosetta Stone” technique of translating an unknown language.

The Aramaic word used for both mix and mingle corresponds to the Hebrew verb עֲרַב arab, which is used to describe so many expressions of one major concept that Strongs breaks them down into numbers 6148-6152.  One of these is…sexual intercourse.

“Thus saith the LORD God; Because thy filthiness was poured out, and thy nakedness discovered through thy whoredoms with thy lovers, and with all the idols of thy abominations, and by the blood of thy children, which thou didst give unto them; Behold, therefore I will gather all thy lovers, with whom thou hast taken pleasure, and all them that thou hast loved, with all them that thou hast hated; I will even gather them round about against thee, and will discover thy nakedness unto them, that they may see all thy nakedness. And I will judge thee, as women that break wedlock and shed blood are judged; and I will give thee blood in fury and jealousy. (Eze 16:36-38)

This word is also translated “evening”, in the sense of “turn gloomy.” Actually, the meaning is stronger than gloomy. It is in the context of dark night approaching, a gathering storm of evil, death and destruction, as in the first week of creation, with, once again, sexual activity.

“And when the man rose up to depart, he, and his concubine, and his servant, his father in law, the damsel’s father, said unto him, Behold, now the day draweth toward evening, I pray you tarry all night: behold, the day groweth to an end, But the man would not tarry that night, but he rose up and departed, and…the sun went down upon them when they were by Gibeah, which belongeth to Benjamin…And, behold, there came an old man from his work out of the field at even…And the old man…brought him into his house, and…as they were making their hearts merry, behold, the men of the city, certain sons of Belial, beset the house round about, and beat at the door…saying, Bring forth the man that came into thine house, that we may know him…so the man took his concubine, and brought her forth unto them; and they knew her, and abused her all the night until the morning: and when the day began to spring, they let her go…And her lord rose up in the morning, and opened the doors of the house, and went out to go his way: and, behold, the woman his concubine was fallen down at the door of the house, and her hands were upon the threshold. And he said unto her, Up, and let us be going. But none answered.” (Judg 19:9,

The same word is also translated “dare to risk, to become a guarantor or surety, take a gamble.” In other words, you agree to pay the price if promises are broken.

The common theme in these various uses of the word translated “mingle” in Daniel is that two parties are entering into a relationship where one party is taking advantage of  the other. Its like the spy who slips around a diplomatic party picking up bits and pieces of conversation, or a wedding crasher who uses women’s hopes and dreams for his carnal gain. In Daniel’s case, the minglers are taking advantage of the seed of men. Again, let’s make sure we understand what Daniel meant by “seed“, using the Rosetta Stone technique.

Some versions of the Bible translate “seed” as “offspring” or “descendants”. In general, this is true, but it doesn’t reveal the most detail about what is happening here. What information is gained by taking the statement “they will mingle themselves with the seed of men” as “they’re going to a college mixer”? Whether we understand “men” to refer to males or mankind, the seed is only in an abstract sense the descendants but in a very concrete sense the male sperm and female egg.

This concept is stunningly portrayed in the movie I Am Legend,

“And in those days shall men seek death, and shall not find it; and shall desire to die, and death shall flee from them.” (Rev 9:6) 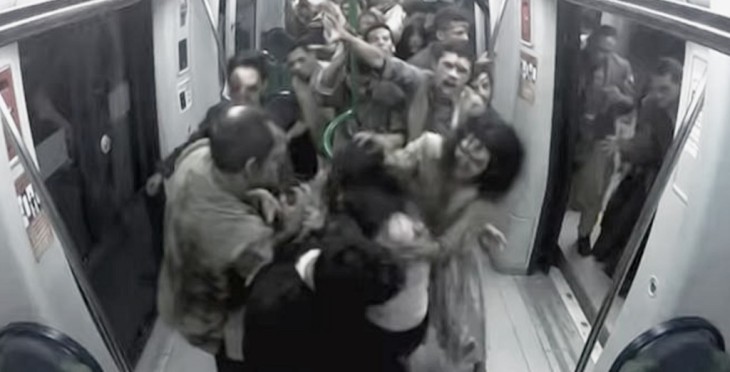 Horror movies and video games can’t fully portray how truly frightening and powerful these abominable beings are, but take heart.We sons of God are even more powerful!

Is it just coincidence that in the last few decades there has been a media blitz focused on the concept of aliens from outerspace visiting our planet?  http://www.sott.net/article/271567-More-Americans-believe-aliens-have-visited-Earth-than-believe-that-Jesus-is-the-Son-of-God

In Enoch 10:13 the giant offspring of the fallen angels are called biters, and are punished by being excited against each other and perishing by mutual slaughter.  Is it just coincidence that recently there has been a media onslaught of movies, television series, and books detailing an apocolyptic end to humanity after genetic engineering unleashes a virus that turns humans, at death, into zombies whose only drive is to hunt down and bite living humans in an excited rage, killing & turning them into zombies, and where living humans’ only drive is to survive by killing zombies and human rivals for the means to sustain life another day, fully aware that the end is near.  https://en.wikipedia.org/wiki/Zombie#Zombie_apocalypse